The May Cheong Group (MCG), manufacturers of the famous die-cast and radio control replica brands Maisto and Bburago, have revealed additional details and photos of one of the latest to hit their Exclusive line, the 1:18 scale Ford GT.

Maisto announced that the Exclusive version of Ford GT has 16 additional characteristics on top of those that are already present in their Special Edition line. From the Exclusive line, you’ll nd this vehicle gently tucked inside their unique collector’s box. As soon you remove it from the box, you’ll nd the truly iconic Ford GT in all its glory in either a stunning metallic blue, or metallic red. Further details such as the well detailed gear lever panel are not only listed on the next page, but can also be reviewed in the pictures below. 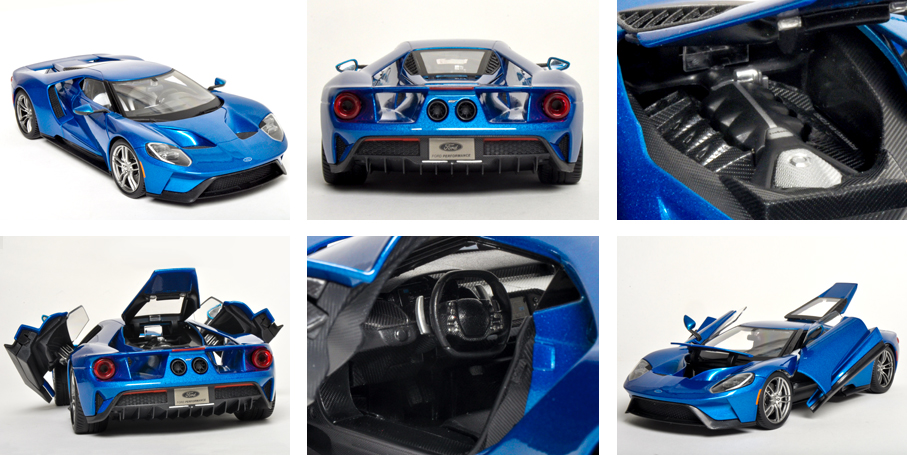 
More information and photos, including 360˚ views, can be found on their website.